Geeq is a multi-blockchain platform secured by our Proof of Honesty protocol™ (POH), safe enough for your most valuable data, cheap enough for IoT, and flexible enough for any use.

Geeq has developed a proprietary protocol called Proof of Honesty™ that provides the security necessary for large scale, decentralized commerce.

Geeq is built, from the ground up, to provide foundational security for a bright, unending future. Individual blockchains can be customized for: Efficiency and low costs, flexibility of applications and smart contracts, interoperability and federated systems, and upgrade paths for the quantum age.

Geeq’s entire ecosystem is designed to provide incentives for everyone to share in the new, open, and accessible digital service economy. Every action is voluntary; if you provide value, you will be paid; and Geeq’s multi-chain platform means you can vote with your feet. 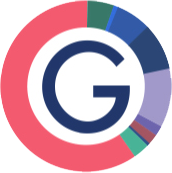 If any release, none will be minted until 6 months after the IEO.
All releases will be well communicated.

0.4% Initial Exchange Offereing
Sold at $0.25 with no lockup or vesting period.

2% Floating Liquidity
Will be released over 6 months.

3% Customer Acquisition
Will be released over 6 months.

5% Advisors
Locked until a successful mainnet is launched, estimated: 1 year after the IEO. Then vested for 12 months.

7% Founders
Locked until a successful mainnet is launched, estimated: 1 year after the IEO. Then vested for 12 months.

9% Marketing
Locked for 6 months, then vested for 24 months.

If you are an Accredited Investor who is interested in subscribing to the private sale, please contact Geeq Corporation’s Head of Crypto, Hans Sundby, by clicking below. Contact Hans Sundby

The details of the sale, liquidity and monetary policy, tokenomics and distribution may change depending upon conditions in the current regulatory, financial, and legal environment, agreements with liquidity providers, coding and other technical considerations. New information will be published here. Tokenomics and distribution will not change following the conclusion of the private sale.

Geeq is a limitless permissionless blockchain platform, secured by our Proof of Honesty protocol (PoH), built from the ground up.

For more information and to get involved with Geeq, please contact us at: info@geeq.io